Large cities are often viewed as cold, fast-paced environments where crime rates are high and interpersonal interactions are fleeting — a combination that makes them detrimental to mental health. But new research provides evidence for the opposite: The socioeconomic networks and built environments of larger urban areas in the U.S. can actually predict lower rates of psychological depression.

The study, published in the Proceedings of the National Academy of Sciences, was led by University of Chicago researchers Andrew Stier, a doctoral student in the Integrative Neuroscience program; and Marc Berman, an associate professor in the Department of Psychology and the U. Chicago Neuroscience Institute; and Luis Bettencourt, a professor of Ecology and Evolution and associate faculty in Sociology.

The team’s larger goal for the study was to quantify and systematize what it feels like to live in a city. They built their research on Bettencourt’s work that shows how the infrastructure networks of cities — and how people move about such networks — can lead to rapid increases in social interaction and entails higher rates of innovation and wealth production. 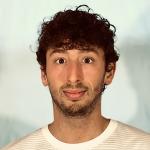 “We wondered if those same principles and mathematical models could be applied to psychological phenomena, such as depression, to see if the actual social and infrastructure networks of cities — and how they change as cities get larger — could affect people's psychology in a consistent way,” Stier says.

According to Bettencourt, a key breakthrough in the field of urban science in recent years has been the understanding and measurement of the general properties of social networks in cities. This covers who’s connected to whom and why, which explores social networks that include work relations, friendships, services, family, and beyond. One main finding is that, on average, people have more contacts across a greater variety of functions when they live in larger cities. Understanding that social isolation is a significant risk factor for depression, it made sense that more socialization through these varied networks could be protective. 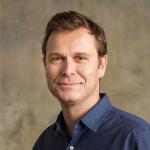 “It all fits to produce the main result of the paper: That the incidence of depression is actually lower on average in larger cities,” Bettencourt says. “Not only that, but we can predict the quantitative magnitude of the effect based on bringing together the theory of urban networks with its effects on depression.”

The team also emphasizes that the study focuses on depression and not on other mental conditions that may, in fact, worsen with urban density and interaction. “What will be super interesting is if we can continue to identify the properties of larger cities that promote psychological benefits, while trying to eliminate some of the negatives of large urban living such as crime, poverty, and inequality,” Berman says. “Doing so might help us to have a more sustainable future, including better mental health.”

The findings present a variety of opportunities for policymakers and community leaders in less dense regions as well. According to Stier, the study suggests that resources for treating depressive disorders should be disproportionately allocated to smaller cities. 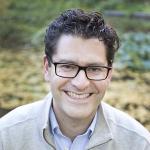 In addition to mental health resources to help fight depression, leaders in smaller cities or municipalities could proactively set up opportunities for increased interactions that occur more naturally in larger cities — rather than leaving it up to chance. “The problem is that because there is less population density over a smaller city’s infrastructure networks, people will have to travel more or coordinate their behavior more, to get an atypical increase in more diverse social interactions,” Berman says.

As for next academic steps on the topic, the researchers are looking to drill down within cities to assess how different neighborhoods might influence residents' risk of developing a depressive disorder. This relates to a person’s ability to move about the city based on their neighborhood location, which may shut them off to various parts of the physical city and thus stifle the growth of their personal socioeconomic network. It also shuts them off to the potential to innovate, discover new ideas, or have their own ideas heard or realized, Berman notes.

The team is also interested in the psychological effects of other physical elements of cities, such as greenspaces and parks, and how their distribution throughout a city is tied to psychological well-being.

“More generally, we are all interested in the link between urban environments, mental health, and cognition,” Bettencourt says. “What characteristics of built environments contribute to better mental health? What helps people learn, collaborate, and take part in positive collective action? Mental health and cognition are the basis for agency and behavior, and urban environments do change how people think and act. This is an area of great promise as new data and methods in smaller populations become available.”