Akram Bakkour joined the Department of Psychology as an Assistant Professor in July 2020. He received his undergraduate degree in Neuroscience from Brown University, then conducted three years of translational research at Massachusetts General Hospital developing imaging biomarkers of neurodegenerative disease. He completed his PhD in Neuroscience at The University of Texas at Austin studying value-based decision making and behavioral change. He then completed postdoctoral training at Columbia University before moving to Chicago.

Dr. Bakkour’s research focuses on the cognitive and neural mechanisms by which relational memory contributes to decision making. Although it may seem obvious that many decisions rely on memory, how memories enter the decision process and the brain mechanisms that support such a process remain unknown. To explore the interactions between memory and decision making, Dr. Bakkour uses a combination of functional brain imaging, eyetracking, computational modeling, machine learning, and neuropsychological studies with patients that have known cognitive deficits. 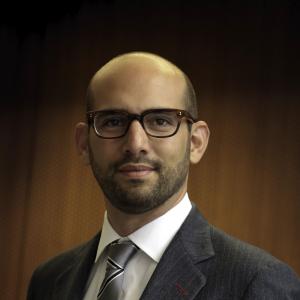 Akram Bakkour is a professor in the Department of Psychology.