Ryan received his B.S. in Biology and Honors from the University of North Dakota in 2012. In 2015, he received his M.S. in Vision Science from the Ohio State University, working with Delwin Lindsey and Angela Brown on color naming and perception.

Ryan is interested in visual perception. In particular, he is interested in the neural mechanisms which mediate color and brightness perception, and how they interact to give us meaningful information about the brightness and color of objects in the environment despite constant changes in lighting. 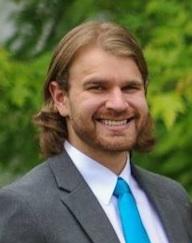