A study in Cerebral Cortex explores how individuals can be motivated to biased perceptions.

People are biased to see what they’re motivated to see — often at the expense of accuracy, according to new research published in Cerebral Cortex. Using monetary incentives to experimentally manipulate participants and tracking brain activity using fMRI, the researchers were able to identify amygdala activity as a contributor to motivational biases in visual perception.

The paper is a follow-up to work from 2017, which found that when people want to see something, it not only biases what they say they saw, but also enhances its representation in the brain. But the research team wanted to determine the mechanisms driving such bias.

“We had some reasons to believe that the amygdala would be involved,” says Yuan Chang Leong, an assistant professor in the Department of Psychology. “Traditionally, it's been associated with things such as fear. But more recently, there's a gradual appreciation that it doesn't just process fear, but it also processes emotional stimuli in general. So we had a feeling that this could be the brain area involved in this process, in particular because we think it's involved in processing the salience of stimuli.”

To uncover the roots of what drove bias in the brain, the team showed study participants composite images of a face and a scene together in different proportions. They used images of scenes and faces because previous cognitive neuroscience research found that when people view these categories, it activates different areas of the brain. This allows researchers to tell from looking at people's brain activity whether they are seeing a face or scenery. And the images were in no way emotional.

Participants were asked if they saw more face or more scenery in the images, receiving a reward for each correct choice. But they also tried to bias individuals to see one of the categories over another using monetary incentives, telling them that they would win more money if an upcoming image had more scenery in it, for instance — thus motivating them to see a particular category, even though they should still be accurate to earn the maximum performance bonus.

The researchers found participants were biased to see what they were motivated to see, even if it was inaccurate. Motivation not only biased participants’ judgments, but it also enhanced the neural representation of the category they were motivated to see. The team found that the amygdala is specifically associated with biases in evidence accumulation. It's almost as if when your amygdala is more active, it also means that evidence accumulates more quickly toward the decision threshold of the category you're motivated to see. And as a result, you are more likely to see what you want to see.

“People often like to say ‘seeing is believing,’” Leong says. “What then do we make of our beliefs, if we can't fully trust what we see? Our work highlights how what we see might not be an accurate representation of the external world. We believe that an awareness of how desires color our perception is the first step toward attempts at mentally correcting for the bias.

“This line of work also informs how we think about other people. If we can understand that people who do not share our desires and preferences can indeed see the world differently from us, and neither of our perceptions are necessarily closer to the objective truth, perhaps we can better empathize with their perspective.”

As for next steps, Leong says the team is considering how to develop tools to combat motivational biases, so that people can make accurate judgments based on objective evidence. This would include the use of transcranial magnetic stimulation to transiently perturb brain activity, along with the use of real-time neural feedback as people perform a task.

They’re also looking to extend their studies of motivational bias beyond perceptual judgments. For example, they would explore how desires affect how people take in information about political candidates, and if the same neurocomputational mechanisms are involved.

Lastly, the researchers are considering how not wanting to see a percept affects perceptual judgments — and Leong says it's likely that individual personality traits such as impulsivity and anxiety could have a moderating influence as well. 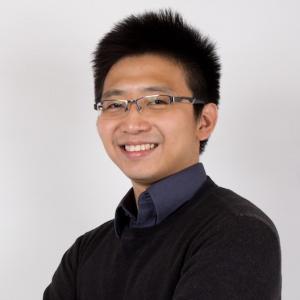