Professor Shweder has been a recipient of a John Simon Guggenheim Fellowship (1985-86) and the recipient of the American Association for the Advancement of Science Socio-Psychological Prize for his essay 'Does the Concept of the Person Vary Cross-Culturally?'. He has twice been a Fellow at the Center for Advanced Study in the Behavioral Sciences at Palo Alto, where he has co-chaired a special project on 'Culture, Mind and Biology.' He has been a Visiting Scholar at the Russell Sage Foundation. He is a Fellow of the American Academy of Arts and Sciences. He has been a member of the MacArthur Foundation Research Network on Successful Midlife Development (MICMAC). He has served as President of the Society for Psychological Anthropology and is currently co-chairing a joint Social Science Research Council/Russell Sage Foundation Working Group on 'Ethnic Customs, Assimilation and American Law' (recently renamed 'Law and Culture'), which is concerned with the issue of the 'Free exercise of culture: How Free Is It? How Free Ought It To Be?' For the past thirty years Professor Shweder has been conducting research in cultural psychology on moral reasoning, emotional functioning, gender roles, explanations of illness, causal ideas about suffering and the moral foundations of family life practices in the Hindu temple town of Bhubaneswar on the East Coast of India. During the 1999-2000 academic year he was a Fellow at the Wissenschaftskolleg zu Berlin (The Institute for Advanced Study in Berlin) where he co-edited an issue of the journal Daedalus (Autumn 2000) entitled The End of Tolerance: Engaging Cultural Differences.

His recent research examines the scopes and limits of pluralism and the multicultural challenge in Western liberal democracies. He examines the norm conflicts that arise when people migrate from Africa, Asia and Latin America to countries in the 'North'. They bring with them culturally endorsed practices (e.g., arranged marriage, animal sacrifice, circumcision of both girls and boys, ideas about parental authority) that mainstream populations in the United States or Western Europe sometimes find aberrant and disturbing. How much accommodation to cultural diversity occurs and ought to occur under such circumstances? He has recently co-edited a book on this topic (with Martha Minow and Hazel Markus) (published June 2002, Russell Sage Foundation Press) entitled "Engaging Cultural Differences: The Multicultural Challenge in Liberal Democracies" (Russell Sage Foundation Press); and has been selected as a Carnegie Scholar (2002-2003) to write a book called "When Cultures Collide: The Moral Challenge of Cultural Migration".

Professor Shweder is author of "Thinking Through Cultures: Expeditions in Cultural Psychology" and "Why Do Men Barbecue? Recipes for Cultural Psychology" (both published by Harvard University Press); and editor or co-editor of many books in the areas cultural psychology, psychological anthropology and comparative human development, including "Culture Theory: Essays on Mind, Self and Emotion"; "Cultural Psychology: Essays on Comparative Human Development"; "Metatheory in Social Science: Pluralisms and Subjectivities"; "Ethnography and Human Development: Meaning and Context in Social Inquiry"; and "Welcome to Middle Age! (And Other Cultural Fictions)". 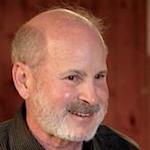 Richard A. Shweder is a professor in the Department of Psychology.